He dreamed of an endless stream of stars. The black abyss of space reached out to him, and he could feel his feet moving along without needing any effort from him, like standing on a conveyor belt.

He dreamed of the sun, far in the distance. Its bursts of heat flares were waving at him, but it did not feel hot. Instead it felt like the coolness of the air in a dawning morning.

He dreamed that his fingers connected to those rays, and the energy of the sun fused into his body. They became one. It was frightening and made him feel alive.

Then, with eyes open, he dreamed of the water. He was floating softly out on a river. His hand was filled with her hand, warm small and round in his.

He dreamed of peace and freedom at the same time. The kind of feeling that almost felt like a sweet death. No tug and pull, no tension, no wires or strings tied around limps and throats and bodies. Just...freedom. It was pacifyng and it made him feel exposed.

Only the last part, that was not a dream. Kieran had woken up awhile ago, and his reality was the open water. His reality brought love into his life, and acceptance into his soul. He really was sailing on calm but flowing waters under a cloudless night sky as he waited for the sun to reach out and touch both of them. She was really there. But it felt like a dream. It felt like a dream, in the very best way.

She knew. She had to have known.

Why was that such a maddening thought! It almost made him angry. Not because he was feeling the way that he felt, but because he didn't know if he could express it yet.

The last time he said that to someone, things did not turn out the way they should have. It was his fault, which he knew. He wasn't ready to express it, once again. Kieran didn't want to fall into the same patterns. But this was different, wasn't it? He knew that. Would he continue to go in circles, talking himself out of the very truth that the entire universe was constantly trying to tell him?

You're in love with her!

His heart started to beat out of his chest. He could feel the empty spot in the bed where she had gotten up in the middle of the night. Was she having regrets? Was she terrified of the responsibility of being loved by someone as difficult as him?

Before he could think much about it, he drifted back to sleep again. In that dreamy sense of time, where it could have been seconds, minutes, or hours, he found himself slightly opening his eyes to let her back into the bed. His arms outstretched, oddly long but just the right length to wrap around her body confortably. The weight of her chest pressed against his, and he felt each breath bringing his ribcage closer to hers, each inhale filling the tiny gap between their two bodies.

And she reached for him, too. They melted together, and even in that sleepy state he seemed to silently speak to her, their almost telepathic connection driving a few fragments of words and sentences from his heart and his mind. Somehow, someway, the beating of his heart steadied. The fears of earlier felt just as distant as his dreams, now a fragment of a memory that he couldn't quite recall. What was he so afraid of again? Fear had no home between the small gaps of their skin.

I love you. Maybe he couldn't say it yet, but his arms spoke for him. His fingers created poetry along the small of her back. His breath deepened into the sonnet, and his body punctuated the thought as he dissolved into her.

He was always good with kids, maybe because he was a bit of a kid at heart; when he really let loose and stopped worrying about the entire world. There was something to envy about the mind of a child-- before innocence is shattered, before people start judging you for the silly things you want to share and say. Just to be free. And freedom was always appealing to him.

He couldn't have been more free as he ran around the house, trying his best to remember that he was the adult in this situation and therefore he should be careful not to instigate too much rough housing with Becca's godsons. But every once in awhile, his eyes would peek up at the slightly more sane individuals who weren't currently playing tag with the children in the living room. When he wasn't immediately met with a disapproving look, he grinned back in the direction of the kids and focused on catching one of them -- goddamit they were fast, but eventually he could snag one and yell out the congratulatory war cry of, "You're it!"

Might be a good opportunity to get away from some of the breakable stuff. After all, there is a huge garden at this home. His mind did double duty as he quickly jumped into action, dodging tiny hands just enough so that they couldn't catch him yet, but not so much that he wasn't giving them the fun illusion of being able to win. Kieran jetted out of the doors and into the garden, and the two young boys followed, laughing and giggling as they reached their hands out, narrowly missing his shirt as he glided into the yard.

"NO time outs!!" Arlo giggled profusely and ran straight for him. Ah, his target had taken the bait.

Just as the boy reached him, Kieran pulled a counter attack, gently grabbing him and tickling him furiously. "No one can save you now!" He laughed, knowing that the words would prompt Arlo's brother to get in on the rough housing.

Right on cue, he felt a tiny human launch onto his back. It was quite impressive and almost shocked him a bit, as he tried to steady himself, lost balance, and gently plopped down into the grass.

"Okay. You got me! You got me. I surrender. The 6 foot 2 monster surrenders." A hearty set of laughter finally came from his chest as the boys let up a little, accepting his white flag.

"Are you...are you taller than...the..." the boy was searching, most likely for something insanely tall, "the house!" He settled on this, proud of his inquiry as he spread his arms out and kneeled in the grass. Kieran laughed and sat up.

"Wanna guess?" He met his question with a question. "I reckon...no!"

The trio hopped up from their spot in the grass and walked a bit closer to the house. As Kieran approached, he turned to look down at the boys. "Well?"

Arlo simply giggled and shook his head no, amused that he had asked the question but more amused that Kieran had actually stood next to the house to oblige.

"Do you..." The boy scratched his head as he thought, "do you like dinosaurs?"

"OOH. SPACE. Have you been to space?"

Another loud chuckle. "No. Maybe someday."

"Want me to tell you?" Kieran asked. The boy nodded. "I'm from America."

Wide eyes beamed back up at him. Kieran smiled warmly. It felt kinda nice to impress them.

"Why are you at our house?" The blunt inquisition that only children can give was now at its height.

"I'm here with your godmom, Becca."

"Are you two married?"

He chuckled very loudly. "No."

"I mean! I mean, are you two getting married?" The boy rephrased, as if that would drastically change the answer. Kieran simply laughed and shook his head softly.

"Do you love my Teta Becca?" Woah. Kieran expected bluntness but the question caught him off guard.

After all they had been through just on this one trip; the way she looked when he woke next to her in the morning, the surprises she had somehow managed to plan for him during a busy trip to see her family, the way she held his hand in the candlelight as they sipped rum, the way the stars spoke to them as they walked beneath a twilight sky next to a marina, how her grandfather spoke of her when he shared their stories with him, how important it was for him to wrap his arms around her when she felt pain, how she snuggled next to him as they floated in the darkness of a still river before sunrise; she felt like home.

He knew the answer, even though he had not found the courage to say it to her yet.

Kieran leaned down so that he was face to face with Arlo, and Jack picked up on this mystery as he leaned in, too. Kieran smiled and nodded a confident yes, then he held his finger up to his lips. "But it's a secret, okay?"

"Okay!!" They were having so much fun at the expense of one of the biggest emotions of his personal life, he thought as he laughed.

And when she walked out and asked what the three of them were clearly hiding, Kieran flushed red as he looked to Jack and Arlo.

A sheepish grin was plastered on his face. He could hold on to his secret, at least for one more day. 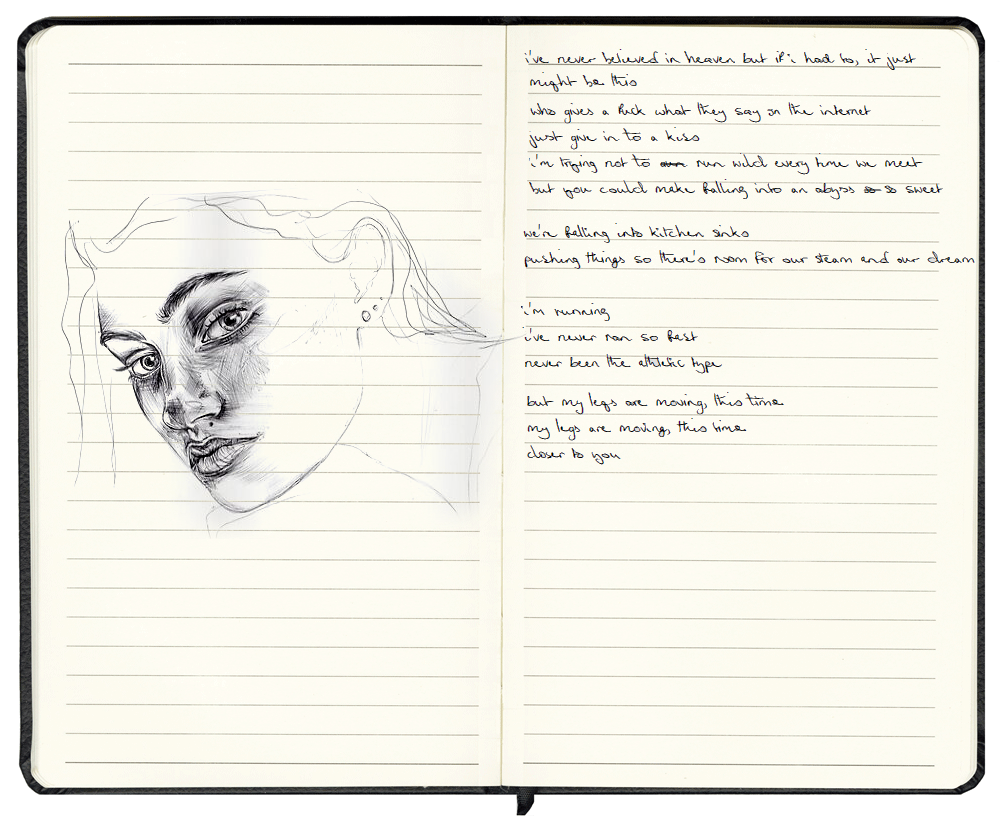